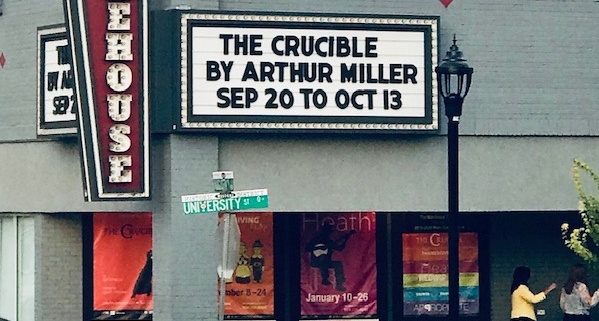 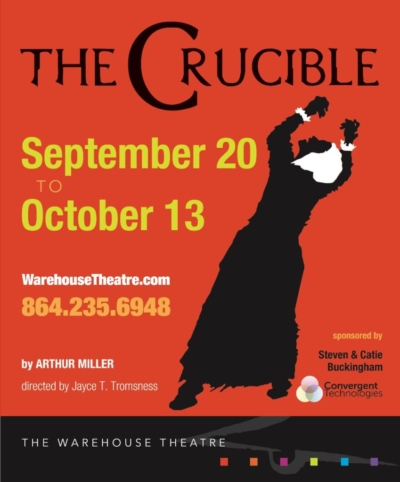 “Setting the stage for important conversations.”

That line from The Warehouse Theatre’s website explains Rick Gregson’s decision to have Convergent Technologies support this energizing organization in Greenville, SC. Rick became a Warehouse fan years ago during tougher times when he needed to engage his children. The conversations sparked by plays confirmed his choice of live performance over other options.

Recently, I was privileged to attend a sponsor preview of Warehouse’s current production, The Crucible. The big question among theater patrons was not why a tech guy would fund the organization. Many companies and individuals favor the arts: some do it because they simply like the theatre; others, because they simply need to itemize deductions at the end of year. The question was why a company defined by technology would ask people to devote three hours to pondering the Salem Witch Trials. A play doesn’t have to reflect the occupation or personality of its sponsor—but the Arthur Miller classic is not exactly the feel-good comedy of the year.

So, why would Convergent Technologies associate with such a production? As the former editor of New York Theatre magazine and someone who knows Rick well, I may have a circuitous but suitable explanation.

In a 2012 article in Harvard Magazine, accomplished actor John Lithgow elaborated on his decision to do a play rather than accept a lucrative offer for a TV series. “The whole notion of entertainment is confused and diffused,” he said.

Video games, reality shows, and streaming TV have contributed to the ADD culture that has miraculously refrained from destroying the cultural arts. One definition Merriam-Webster provides for “crucible” is, “a place or situation in which concentrated forces interact to cause or influence change or development.” In the digital age, the act of sitting through a poignant three-hour production might be more closely related to the Marine Corps definition of “crucible,” as a modern audience endures a few hours of self-examination sans smart phones.

Coming full circle with this point, the people behind Convergent Technologies deal with complex technological problems on a daily basis. Given enough time and effort, the technical solutions are not that difficult—provided we’ve set the stage for important conversations. That’s when we can not only change but truly develop.

We here at Convergent Technologies specialize in simplifying the seemingly opaque. We have helped many organizations of various scales implement sensible data solutions. Let us help get you there.

The Crucible runs through October 13, 2019; reserve your seats today, observe an amazingly talented cast, and get in on the conversation: https://warehousetheatre.com/