Convergent Technologies wants to provide a platform where you can connect with individuals in your field on a personal and professional level. Whether your specialty lies in Microsoft Directory Service, Active Directory/Messaging Migration, or Security/Identity-related interest, we would love to share a space where hardworking professionals are able to share their experiences and challenges. That’s why the CT team is hosting networking events that will involve a number of activities like: meet-and-greets, talks from industry experts, Q&A sessions, and most importantly, the opportunity to forge long-term relationships.

The CT team will be running two separate meet-up groups. One will be held in Austin, TX, with Sr. Founder, Rick Gregson, as the host. As well as another location in Raleigh, NC, with Steve Cogill hosting; who specializes in AI machine learning.

For all of our Austin locals, we will be hosting a meet-up as early as Wednesday, March 18, 2020. The event will be held at Opa – a Greek café located on 2050 S Lamar Blvd from 6:00 – 8:00 PM. So, mark the date and come network with other IT professionals and discuss topics of interest. To RSVP follow the link and be sure to come enjoy a gyro, or three 😉 See you soon!

So, I was attending a yoga class at a local studio; the class was intended for stress management. In preparation for the last meditation, the instructor told us to lie on our backs, place our arms on the floor at a slight angle from our bodies, and then rest our hands either palms up or palms down.

Palms up or palms down . . . Palms down felt right to me.

At the conclusion of the class, I was chatting with one of the other instructors. She asked which position my hands “went to.” What I didn’t realize was that this can be an indicator of one’s inner state. What are you looking for? What do you need?

It’s been a busy week.

One project we’re assisting with is a divestiture that was originally five distinct business units of a larger company being spun off to form a new entity. The organizations involved support the aerospace sector. The parent company is a mature, high-security environment with everything locked down tightly. The new company is a greenfield, maturing quickly.

Adding to the scenario, there are lots of pieces in motion concurrently – an Exchange migration, Active Directory migrations, and a networking infrastructure cutover complete with a Re-IP effort to name a few. The good times seem endless, but that’s not the case. Coexistence is on a countdown to Armageddon.

Although our client has had time available for planning and execution of this effort, their original partner failed to deliver significant results. Engaged via a Microsoft business partner chain, Convergent Technologies has been assisting with this project since early April by providing Quest Migration Manager (QMM) for Exchange skillsets. Our focus has been designing and standing-up the QMM environment—then ensuring that identity and email synchronizations are performed as quickly as possible.

Due to the other concurrent workstreams, the client’s IT environment undergoes changes. There is no formal change control process in place today. Despite the fact that we have many regular meetings with the client, some changes have unexpected impact.

On top of this, the timeline keeps getting compressed. What should be a six-nine-month project has been compressed into about four weeks for delivery. Apparently, both organizations must be separated by the end of June. In preparation for this, we’re positioning them for what I would term a “hard cutover.” It’s going to be bloody. Flip a switch, what’s goes goes, and what doesn’t go will require a more high-touch approach.

Luckily, there’s a HelpDesk in place to provide triage and first line support. I’m sure we’ll need to craft some guidance to help them remediate whatever becomes a “common issue” for this engagement. I’d also expect a fair amount of IT presence at each site. Again, high-touch.

So, back to the question, “Palms up or palms down?” Which would you lean toward?

My understanding from the conversation was “palms down” indicates a desire for earth—grounding. I think that sounds right.

Sometimes, couldn’t we all use a little anchoring in a fast-paced, ever-changing world? 🙂

We here at Convergent Technologies would love to be your partner in change. We’ve assisted many organizations with Microsoft Active Directory projects including assessments, segmentation, consolidation, as well as other forms of migration. We’ll help you keep your palms down.

How may we help you?

Hope everyone is have a happy Friday eve! Today has been very productive in hopes of getting ready for the weekend. Running a website and social media platforms through the week means coming up with intriguing topics for your audience to participate in. Rarely, on days like today, lil ole’ me has nothing to say.

So, I’m writing this to update you guys about future events that Convergent Technologies will be participating in. We’ve planned an evening for Rick to speak at Coffee Underground  for their Alchemy event. Here, he will tell a few stories all while a creative improv group acts out their interpretation of the stories alongside him. Save the date and be sure to join us Friday, August, 23rd for an evening of fun!

Also, we hope to see you guys at The Experts Conference (TEC)  hosted through Quest. This event will be held in Charleston, South Carolina, August 27-29. After almost a decade, they are back and better than ever! We are excited to learn what’s new in IT with the help of leaders in the community.

This summer, Convergent Technologies, plans to attend many events to build connections in the area. Join the fun and get involved! 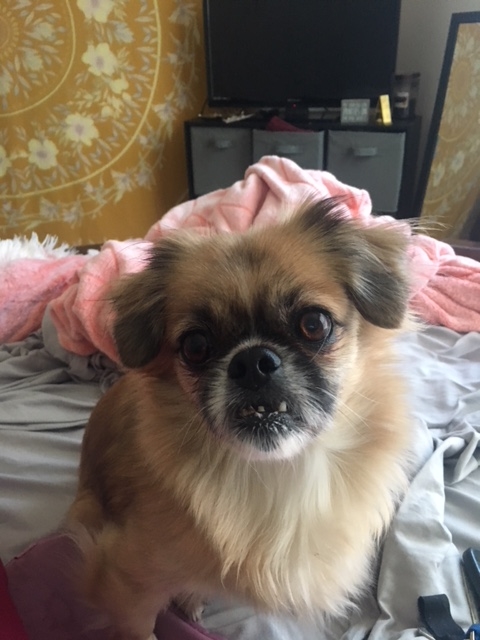 Hello, everyone. My name is Alleigh Gregson, and this summer, I’ll be one of the faces behind the screens at Convergent Technology. If my last name sounds familiar, that’s because I share it with my father, Rick Gregson, the founder of the company. Since becoming his marketing intern, I’ve been able to give dear old dad a little return on his investment in my college education at Clemson University where I will be a senior in the fall.

Summertime is when I really get to dive deep with the company. My duties include social media oversight, appointment and event calendar management, and assisting the branding coordinator with various initiatives designed to show not only what the company does but also the values behind it. Once I receive my bachelor’s degree in marketing, I plan to pursue an MBA. I haven’t decided which school to attend for a post graduate degree, but the College of Charleston is a recommendation I’ve frequently been given.

Along with being a full-time student, I’m a full-time dog mom to Scooter, a small Pekingese mix who likes to live life large. Scooter is her name and doggie breath is her game. When I’m not at the dog park with her, I enjoy dabbling in photography, and I love to travel wherever and whenever I can. Whether it’s for a school event, a family outing, or a company cause, I can’t get enough of the open road. Speaking of travel–if you’ve kept up with the travel journey series on our site, you know how my dad is in Austin, Texas, which is an emerging tech hub. If he doesn’t come home soon, “Howdy!” and “Yee-haw” will become permanent parts of his vocabulary. Before that happens, I plan to take a trip out there. He doesn’t need much help to #KeepAustinWeird, but it will be nice to tour a new city and see what the Wild West has to offer.

So, I’ve arrived—Day 5 in Austin, and damn, these days are flying by! Observations: It’s hot. And humid. And has lots of tourists here in the SoCo area where I’m staying. I’m trying to get out and explore on a daily, partly because my Airbnb host hardly runs her A/C and mostly because my intention is to get a feel for this city as I consider a possible relocation.

Work (Client requests) have been off the chain since Memorial Day weekend. Among other workstreams, we have one high-touch project running, a divestiture, with a 6/30 separation date. Apparently, the client is getting kicked-off their present network, sink or swim. This could be because of legal or business considerations, but with such a compressed window of time, risk increases. Any mitigation tactic we’ve proposed to allow us a “continuance” has been nixed by the company’s former ownership, so it’s going to be tough push, even with all oars in the water. The best we can do is position everything for cutover, sync identities, re-permission resources, and push to get mailboxes synced—all while trying to provide some overall guidance and input.

The client is good people, but they are in a poor position for a desirable business outcome. We’ll help them prepare as much as we can and help them pick up the pieces on the other side of this separation.

Sometimes this is what a migration looks like. Chaos. It’s inherent in the undertaking, along with risk—in regard to the impact on business . . . processes, continuity, reputation, even brand if there is a significant outage.

A well-planned migration comes in phases:

We here at Convergent Technologies would love to be your partner in change. We’ve assisted many organizations with Microsoft Active Directory projects including assessments, segmentation, and consolidation, as well as other forms of migration projects. How may we help you?

Now, I’m off to discover more of Austin!