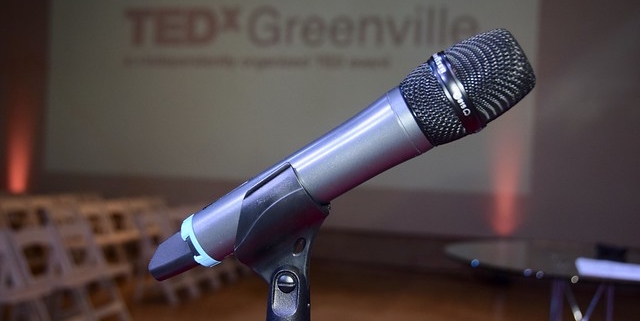 My first meeting with Rick Gregson, founder of Convergent Technologies, told me I’d found a kindred collaborator for communication strategy. His demeanor and candor were not what I had expected from someone whose profession involves terminology such as IT ecosystem and Active Directory Migration. Part of that stems from the fact that those terms were new to me; the rest comes from Rick’s contagious enthusiasm to look at things in new ways. This means he’s open to ideas, which makes him an ideal sponsor for TEDxGreenville.

For those who aren’t that familiar with TED and don’t know what he’s talking about—TED is actually a nonprofit organization that began in 1984 as a conference focused on technology, entertainment and design—more specifically the convergence of those elements. You see where we’re going with this: Convergent Technologies has more in common with TED than semantics. Rick is always seeking innovation and looking to include more voices in the conversation. His daily work involves organizations and systems that are coming together, coming apart, or facing complicated transition. His approach to organizational change—which is sometimes less than pleasant—is tactical and practical but always carried out with people in mind.

Since the ’80s, topics have expanded, as has the TED organization, to communities around the world where events are held and speakers are chosen to deliver short, powerful “talks” on their “ideas worth spreading.” In Greenville this week, 11 speakers participated in a “salon” event in honor of the Upstate organization’s 11th anniversary. Each one had exactly three minutes to present. The audience scored them, ultimately producing top contenders for potential spots on the local TEDx conference stage in 2020.

Three speakers were acknowledged by the voters, but more than 11 valuable ideas were spread exponentially. After the conference, for example, I pictured the speaker who talked about college admissions following up with the one who presented on eSports. There was an abundance of opportunity for connection; perhaps ideas worth sharing are worth pairing and bringing to fruition in ways no one originally expected.

Rick Gregson, along with all of us who are associated with Convergent Technologies, LLC, is proud to support the efforts of TEDxGreenville, and we encourage everyone to find a local organization, get inspired by a TED video online, and speak up when you have an idea worth spreading.

We here at Convergent Technologies specialize in simplifying the seemingly opaque. We have helped many organizations of various scales implement sensible data solutions. Let us help get you there!

A Call to all Alien Hunters: Are You Storming Area 51?

Inside “The Crucible”
Scroll to top