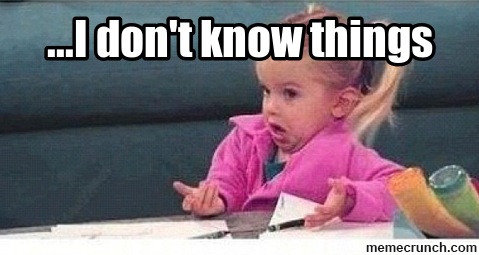 A lot of people think it’s hilarious that a guy who owns a technology company could be anything less than adept with social media. While my medium is computers—and I like to think I’m a gregarious guy, connecting with others and dealing with data have traditionally been separate functions.

I’m certainly aware of the necessity of an online presence; professional posts are part of the protocol—but when the protocol extends to multiple platforms and spawns a whole new profession of algorithm analyzers, I have to pause the program and ask, WHATSAPP?!

While pondering the merits and methods of social media marketing, I’ve noticed it can be burdensome to entrepreneurs who already have blurry boundaries between work and personal time. That’s a discussion for another day. For now, I’ll just say we should take time to play—and when we’re promoting our companies, there’s no reason not to utilize free channels of open communication. The key is to know one’s purpose. Then, it’s surprisingly simple to post it, pin it, or put it out there in any format.

When I first began to consider social media as a marketing tool, I was concerned with exactly what to post and where and when. That’s fundamental, but it’s about more than what I send into cyberspace. One-way communication is just broadcasting; the advantage we have with social media is the opportunity for interaction. With that said, it’s not a numbers game for a company like mine, but an open forum to tell people what I do, what I value, and occasionally, what I eat, drink, watch, or find that inspires me or just makes me laugh. With a little deliberate thought, which I hesitate to term “strategy,” and a commitment to genuine conversation, there are infinite possibilities.

If you’ve Reddit, and it hasn’t caught your Pinterest, I hope I won’t be unfriended. A final piece of advice to business owners everywhere: Before you enter the #Hashtagwar, remember that even though we live in an Insta world, building connections takes time, and people won’t give a Hootsuite if your efforts to engage don’t stem from the same purity of purpose that got you to where you are now.

This has been another deep thought from deep in the heart of Texas where I’m exploring new frontiers in Austin.

How to: Active Directory Migration Discovery
Scroll to top